Working with emails in your shared mailbox

Manage emails in a shared mailbox

Import emails to a shared mailbox

Collaborating with other users

Organizing emails in the shared mailbox

Views in a shared mailbox

Setting up SLAs (for admins)

Manage users of a shared mailbox

How do you take payments

Managing your chat inbox (for admins)

Managing participants in a chat inbox

Understanding When a Visitor is Online or Left the Chat

Understanding the default Views in a chat inbox (Unassigned, Mine, Team, and Closed)

View all Open and Closed Chats

Replying and Managing Chats on the Mobile App

Sending Files in a Chat

Receive Push-notifications for Your Chat Alerts

Reverse order of messages in a conversation

Is Anyone Reading My Email?

Do You Store My Emails On Your Servers?

Is My Data Secure During Transfer Between Hiver’s Servers And Google’s Servers?

How can I check the current status of Hiver?

I Get The Error “Hiver Unable To Connect To Your Gmail Because Incorrect Google Apps Permissions”. What Do I Do?

I got a Hiver invite and was logged into the wrong Gmail id. What do I do?

Will email syncing stop if I change my Gmail password?

Can I change my username?

I have added a new user to Hiver but emails with Shared Labels are not syncing with her.

Why is this conversation not available in my inbox?

Why don't emails sent to the shared mailboxes appear in my Inbox?

Emails are arriving in the Shared Mailbox with a delay. What should I do?

How can I get desktop or browser notifications about tasks and notes?

How do I create multiple Hiver accounts with the same domain?

How can I change the email id for a shared mailbox?

How can I change the name of a shared mailbox?

Why does Hiver need Conversation View to be switched ON in Gmail?

How to move emails from personal inbox to the shared mailbox?

How can I embed images in templates?

How can I move my existing email templates to folders?

How do you handle spam emails?

Who can see the Shared Notes that I write on an email?

How can I edit a Hiver note?

Why can't I see Overdue view?

What happens if I add email accounts to Hiver which are aliases of each other?

If I am on Lite plan and I upgrade to Growth/Pro/Elite will I be able to retrieve the Analytics data for all the emails that were present when I was on Lite?

What does 'Unidentified' user mean in Hiver analytics?

I don't remember removing a specific email from shared mailbox. Why is my name added on the Activity feed? 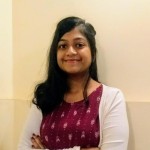 Updated 1 month ago by Pratibha Agrawal

Once SLA policies have been set up in your shared mailbox, all of the members can view the SLA information on conversations. This would include things like:

When you're in a Hiver view (Unassigned, Mine etc) or a Gmail list like Inbox, if there's a shared conversation which has an SLA running on it then you will be able to see a SLA chip which indicates the next action due on that conversation.

Due soon (orange color) will only be visible only if your admin has added the 'Due soon status' while creating SLA policies. Due soon status (SLA reminders) feature is present only on the latest Elite plan. If you're on an older version of Elite, please upgrade to get access to this feature.

When you're on a shared conversation which is mapped to an SLA policy, you will be able to see all relevant SLA information on it.

Due soon (orange color) will only be visible only if your admin has added the 'Due soon status' while creating SLA policies. Due soon status (SLA reminders) feature is present only on the latest Elite plan. If you're on an older version of Elite, please upgrade to get access to this feature.

It often happens that conversations which are spam emails/ automatic replies don't get closed immediately and end up ruining your resolution metrics. In order to avoid such anomalies having running SLAs, users can go to a specific conversations and remove SLA from them.

How did we do?